I've never been much of an artist myself, as I still have difficulties drawing stick figures. Yet it seems like there's one way for me and really just anyone to draw, and that's through AI. There have been two major tech companies that have developed AI software that can be considered as drawing bots, Microsoft and Nvidia.

Microsoft's drawing AI can develop art by giving it text describing the object, while adding a bit of its own details. So Microsoft's drawing AI is somewhat given its own imagination. As a matter of fact if you might have already witnessed its usage if by chance you've used Bing. If you searched an image of a bird through Bing you would obviously get images of birds. But it would turn out that some of those bird images would be created by an AI. The art AI from Microsoft isn't just restricted to drawing realistic images of birds but can even draw inanimate objects like a bus. Microsoft's drawing AI was trained by being fed data which involved images with captions to allow it to learn and analyze how the words match up with the images. There are two main machine learning models involved with the AI. One is responsible for generating images from text descriptions which would be the captions. The other machine learning model uses the text descriptions (captions) to critique the authenticity of the generated images from the first machine learning model. Also within the two machine learning models the first one generates fake images to reassure that the second machine learning model does not get tricked into authorizing the fake image generated. So as an example the AI would be given an image of a penguin; then the AI reads the captions surrounding the image that describe the penguin. And the more complex sentences are added in the description the more better of an artist the AI is. The Ai will also fill in any specific details that were not mentioned, but are expected descriptions of an object.

The other drawing A is from Nvidia. One major difference between the Drawing AI from Microsoft and Nvidia's is that Microsoft's AI works by receiving images and reading captions. But then you have the Nvidia AI which actually allows people to draw a very basic outline of a scene and the AI converts it to realistic scenery. Basically the idea behind this AI is that it uses what's called a generative adversarial network. In which the software gives the user a "smart paint brush" which allows users to draw the kind of simple sketch you'd expect from a five-year-old. Each color that the user chooses represents a texture. So for example, if you were to choose to sketch using the light blue color. You would draw on the canvas to the left, then the AI would replace the light blue color with a realistic sky texture on the canvas to the right. It really is some interesting and outstanding AI technology.

To think that one day we might go to an art museum or art gallery and soon witness art being displayed that had not been fully and or directly created by a human but by AI is going to be a shocking and interesting. This sort of AI technology could help artists and designers create 2D concept art which can soon turn into a final product. While giving artists and designers the ability to become even more efficient and productive. To that some time in the future we might have a future Pablo Picasso, Vincent Van Gogh, or Andy Warhol who either used AI to create their, art or an AI that developed all the art itself to soon claim the title of AI Picasso.

Photo by Alina Grubnyak on Unsplash 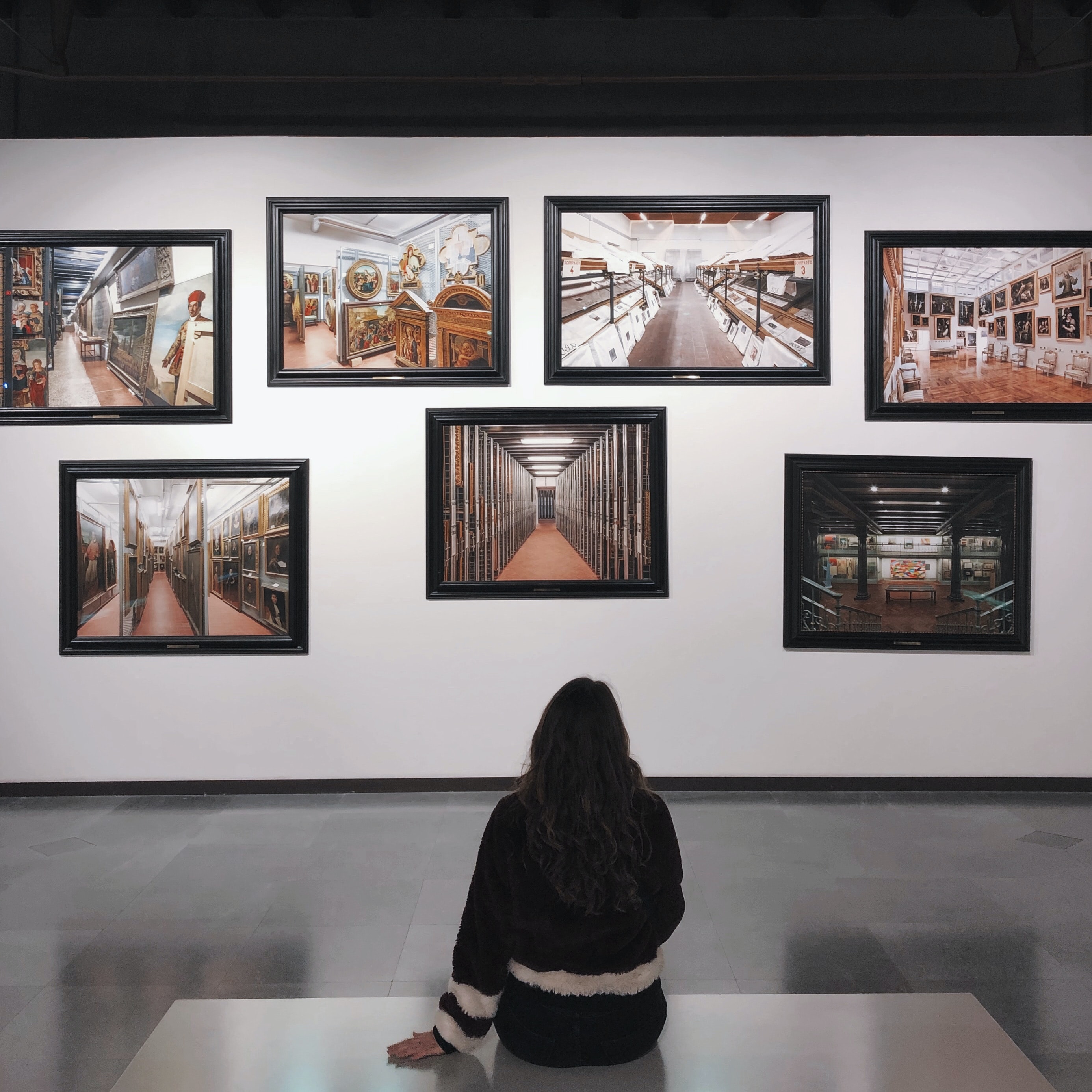 Photo by Klaudia Piaskowska on Unsplash Photo by Ian Williams on Unsplash