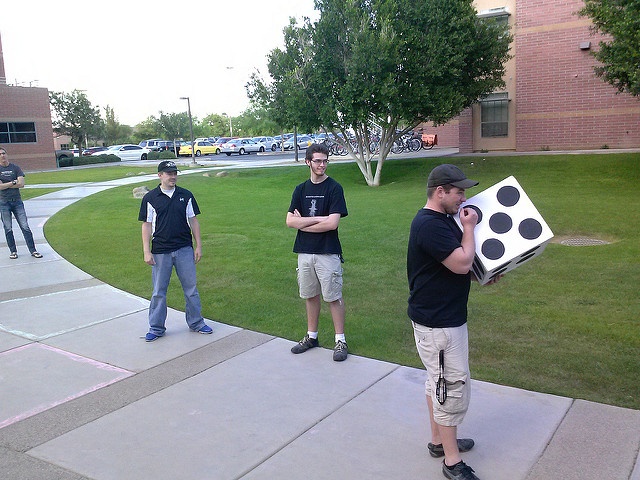 This isn't something new that we have here at UAT, but it hasn't been around for a while. Think of it like a spirit week. There were dress up days and events going on all week. Plus, it ran alongside Tech Forum as well. The events were small because many people were already busy. However, there was a paper airplane competition on Monday and the dress up theme was Asian. Tuesday, Nerf Wars was outside with their guns having fun. Right after that, I turned the quad into a board game called Save the Damsel. It was a ton of fun! Any time players landed in the same square, they had to have a ninja fight. There were other squares where you would have to dance. When you got closer to the Damsel, which was a stuffed peacock, you would either have to serenade her or try to woo her. Your success was voted on by the players. Here are some pictures of that: