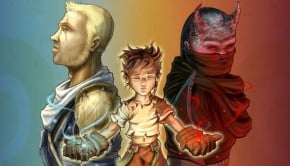 Currently in my Ethics in Technology class we're covering debates.  In the past few weeks, we decided on a topic to present to the class, creating three separate propositions from that topic and then discussed those propositions using various ethical systems.  Frankly, most of the topics were really interesting and for the most part everyone did rather well though one thing that I did notice is that people tend to get caught up in their own view of things.  They have their own view of the situation and almost anything outside of that view is practically considered evil.  So much so that they don't even stop to consider the other side of the issue.  This isn't just confined to the classroom however, as you can usually see this kind of behavior clearly exhibited by people in the world everyday.  In the real world I find this stance to be a little disappointing.  It often seems that people either don't know or don't care about the other side of the issue and frankly it makes their argument weaker as a whole. 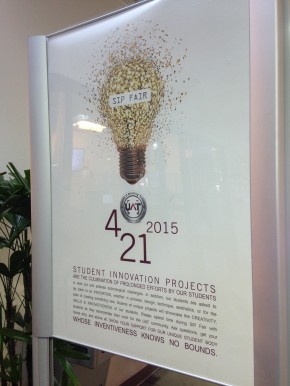 Posted on Apr 17, 2015 3:04:06 PM by Admin in Academics, in Announcements, in April Fools, in Blogs, in game design degree, in Game jam, in Geeky Stuff, in global game jam, in opportunities, in student activities, in student life, in Student Life, in technology college, in University of Advancing Technology, in april fools game jam, in Computer Animation Degree, in experience, in UAT 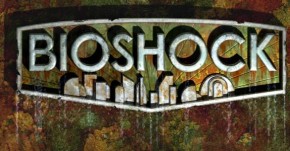 I will do my best not to spoil anything from the previous two games but this is another game that I'm really excited for this year.  Batman Arkham Knight promises to be one of the best games this year and frankly it's hard to imagine they'll miss the mark.  With each iteration of the Batman Arkham series the games have successfully grown larger, with more varied gameplay than the the time before it.  Really one of the critical gameplay decisions they've made though with each game is ensuring that even though the map is growing, you are suitably equipped to cover the distance. In Arkham City they've added the batwing and they really expand on gliding through the city.  It was something that I personally never got tired of from start to finish.  But there's really a lot more to it than that.  Gliding above the city like that it could be easy to pass by possible opportunities for the player to engage with the game.  So they add essentially a radio to tune in on crime as you fly around the city so you can engage or remain disengaged as you like.  In the newest game, they're actually adding in the Batmobile in order to add yet another way to move about the now massive city.  I highly recommend you start checking out some of the trailers and gameplay footage.

Ever since I was little I was always way more excited about games than almost anything else.  Movies were kind of cool but I could take them or leave them.  No matter how good the movie is, it always feels like you're on the outside looking in.  Books can probably match the level of excitement I feel for games, though the time in between books can become exhausting.  Regardless though, it's hard to match the feeling of falling into a really good book.  Unlike with movies, it feels as though you can actually walk around the world and experience everything.  However, games have always held a special place in my heart and it's certainly a large part of the reason why I wanted to go into game design.  With games, you are actually exploring the world on your own and can change the flow of certain events.  When Deus Ex: Human Revolution came out I thought the game looked interesting though nothing particularly amazing.  I really liked the concept in general, about human augmentation and the resistance that would inevitably follow such a drastic change in humanity.  However, I wasn't really going to play the game because I probably wasn't going to buy it.  I don't pirate games, I have a lot of reasons for that of which I won't get into here other than perhaps to say there's no valid excuse to pirate games.

It's not uncommon for games to have bugs or glitches.  Actually it's just a fact of life that your game will have bugs or glitches unless it's extraordinarily small in scope and even then there's usually a way.  Finding and fixing these issues can be one of the most frustrating parts of making any game.  However, it should be mentioned that not all bugs are absolutely awful things.  Some of them are outright hysterical or even can add something interesting and unique to the game.  The phrase "There are no bugs, only extra features" comes to mind and in some cases this really is the case.  Grand Theft Auto in fact was born out of glitch that caused the cops in the game to be much more aggressive than they should be.  What once could have just been a forgotten game has become one of the biggest selling franchises in gaming history; particularly with it's most recent iteration shattering world records upon release.  All of this spawning out of glitch.  Enjoy some of these other glitches that for better or worse marked the games they inhabited.

Mods and Putting Yourself Out There

So you want to develop games but you aren't really sure where to start.  The good news is that game development tools are getting cheaper and more accessible all the time.  Unity 5 and Unreal 4 for instance, both are brand new engines that are completely free for people to play around in and even develop for to a certain extent.  The only issue: not much content to work with.  It's not a huge problem, sometimes it's a really good thing to see what you can accomplish with limited tools.  First of all, it should force you to learn to seek out information which is an invaluable skill by itself.  Second, this is how gaming started: people who worked with the limited technology of the time to create games that frankly we still love to this day.  Limited technology or resources really shouldn't stop you from learning to do something that you really want to learn how to do.

One of the more interesting aspects of game design is actually looking at a level after you've already played around with the tools used to develop it.  When you first start game design, you should start to see some of the concepts that are used throughout game industry as a whole.  Certain practices in level design, directing the player, set design, difficulty management, etc.  But after you've actually created your own levels using the game engines of your favorite games, you should to see everything in a new light.  Professional developers will usually be able to get those engines to do things that you simply haven't done yet and analyzing what processes they used to get those effects is important.  It's important because no one can take the time to teach you every last detail of every single engine.  These days you can find video tutorials or documentation for just about anything but even those don't cover every last detail.  So while those tutorials or documents can be extremely powerful tools, they also tend to be limited by the fact that they won't take the time to hold your hand to do every little specific thing.  They require you to take the initiate to use the skills you learned from those tools to then create whatever else you might want.

Hey All! I think we have reached an end to the world of digital Painting Programs series! If you have any suggestions on a program I should try or a review you'd like to see just comment below on it!

← Previous All posts Next →